Had to contact online chat about my wifi problem 24 hours ago,all they did was reset my router ,but since then when i go to see the status of my connection,etc,all i get is this message on the screenshot ,what am i supposed to do ?

How is your connection at the moment - your router appears to be in sync and connected?

Hi,thanks for the reply.

Well it still states "we are working on your problem" , also as shown on the ( hopefully) attached screenshot it recoginses a connection problem, yesterday it showed the tv wifi had connection issues.

Had had engineers out in the past and online tech help with it ,but still its very poor,have tried the normal Talktalk wifi extenders but still the same.

I loaned a set of "Passthru" extenders from a pal ,the ones with a plug in front to save losing a wall plug that pass the signal thru the house wiring , these boosted the tv wifi which seemed to stop movies/etc, buffering .

I asked the online chat person would TalkTalk supply a set of them to cure the problem ,no said he,but i would have to pay £65 a set, he reduced it a little when i said i am paying for a wifi service that i am not getting ,and as i have been with Talktalk from its inception thru rough and smooth and stayed a loyal customer, but he said no to them supplying the kit .

Will probably move ISP , my daughter is on BT and had the same issue,they sent her a passthru set for free the next day she raised the problem 😠

My screenshot would not load,hope this comes thru ! 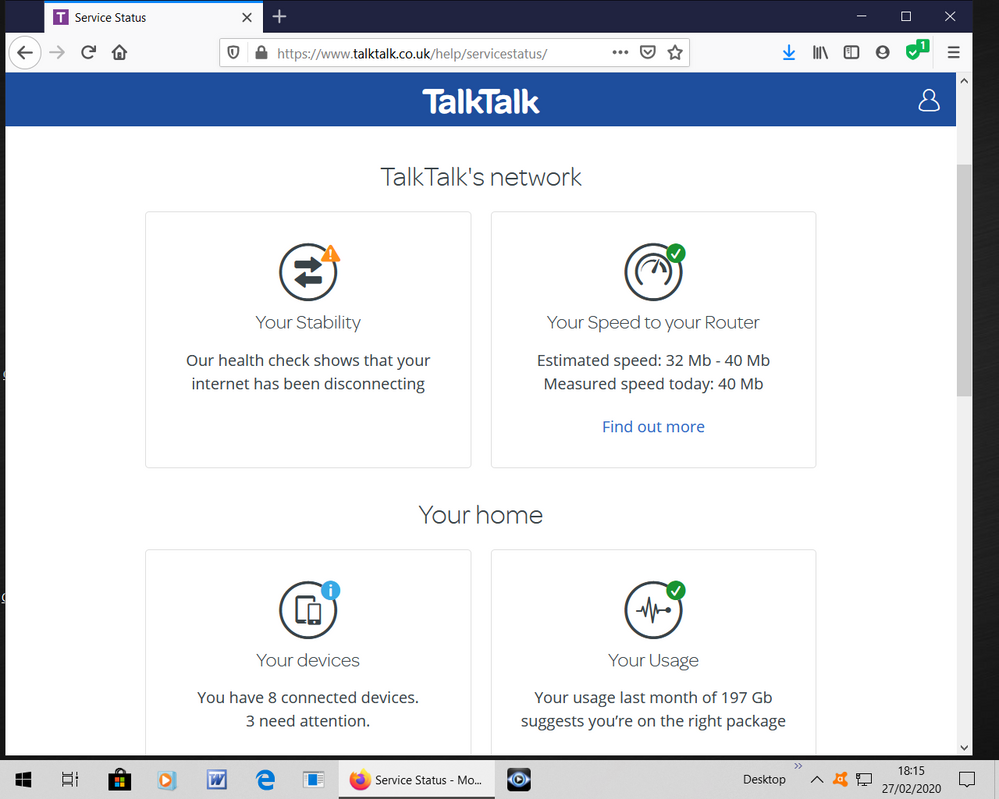 I've run a test on the line which hasn't detected a fault and I can see 1 re-connection on the line over the last 10 days. Would you say that your connection is dropping more often than this?